In fox news they posted a story on April 26th, 2017 stating that  that the United States would “always stand with the Jewish people.” This occurred when Trump was denouncing Holocaust deniers and giving a speech on Holocaust Remembrance Day.  Many claim Trump to be antisemitism in the past and in his current speech many say that he was being unequivocally pro-Jewish, and trying to address the problem of antisemitism . 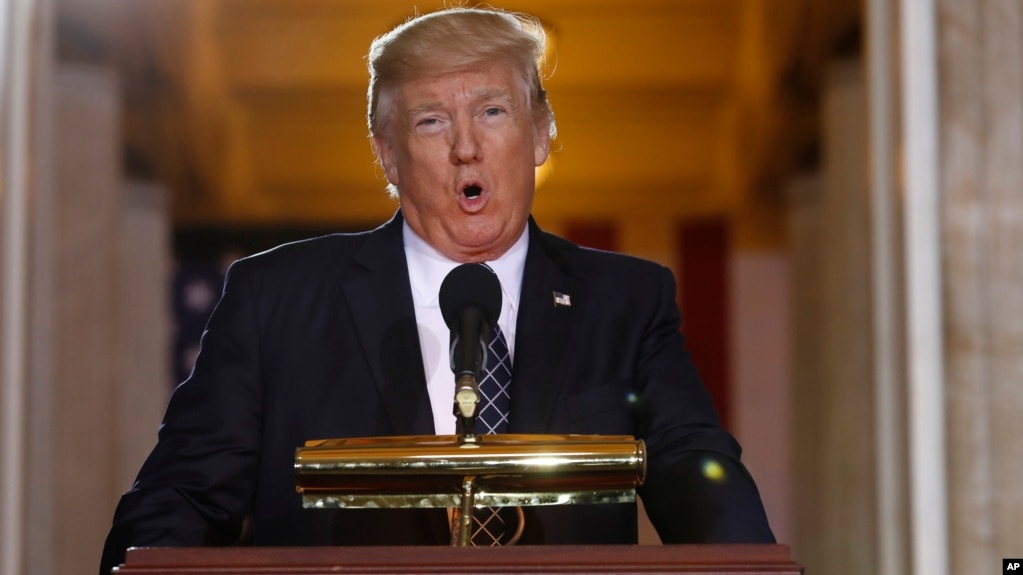 He said in his speech “Those who deny the Holocaust are an accomplice to this horrible evil and we’ll never be silent. We just won’t,” he said. “We will never, ever be silent in the face of evil again.” and then trump went on to say said Holocaust denial is one form of “dangerous anti-Semitism that continues all around the world” and that can be seen on university campuses, in attacks on Jewish communities “or when aggressors threaten Israel with total and complete destruction.” “This is my pledge to you: We will confront anti-Semitism,” he said. “We will stamp out prejudice, we will condemn hatred, we will bear witness and we will act. As president of the United States, I will always stand with the Jewish people and I will always stand with our great friend and partner, the state of Israel.” Again we see this notion of using never again even though history tends to repeat itself. Although Trump is saying we will confront this he hasn’t elected anyone to combat this, and this is is first speech even showing this exist. We need to see action, not just have him keep making empty promises.